I've been saying for a while that I'd show off my recent sewing efforts - namely, my lovely Cath Kidston-esque bag. Well, the time has come (the walrus said).... 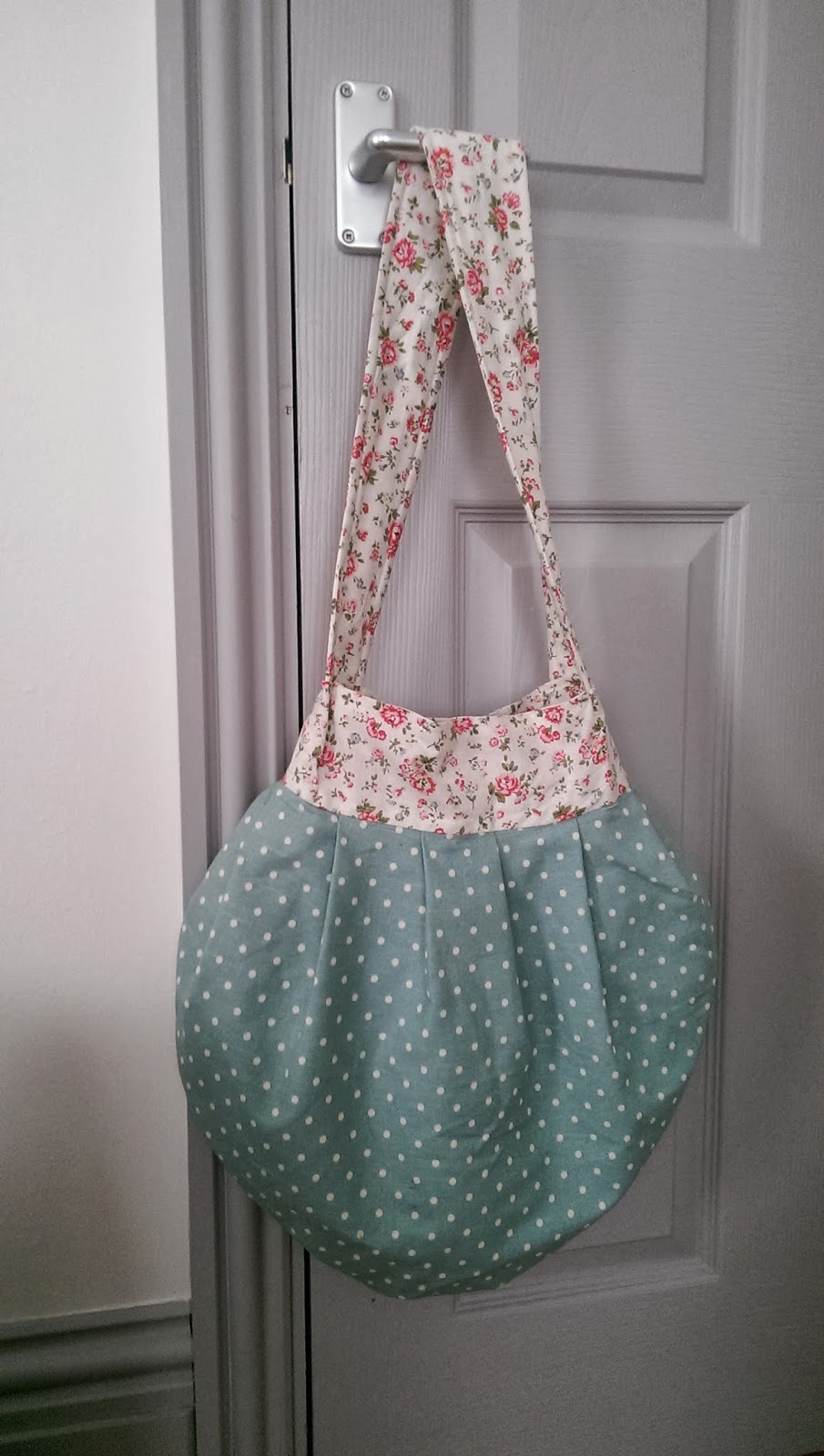 The bag I made using the 'sling tote' tutorial by Crazy Little Projects. There are loads of things that are perfect for newbies like me to make on there, including a great little series of 'learn to sew' tutorials. It's a really great resource of a blog to use to get started.

My bag was made from fabric I'd bought at John Lewis (I'd never bought fabric before, and spent ages trying to figure out what I wanted while feeling a bit intimidated by all the ladies discussing dress linings, and then bought way too much of it). I used felt in the strap to give it some added strength as the tutorial suggested. I also sewed on a little popper fastening on the inside so it wouldn't be gaping open and inviting unwanted hands on the tube. It's definitely not perfect but I really really love it and it turned out way better than I'd expected. 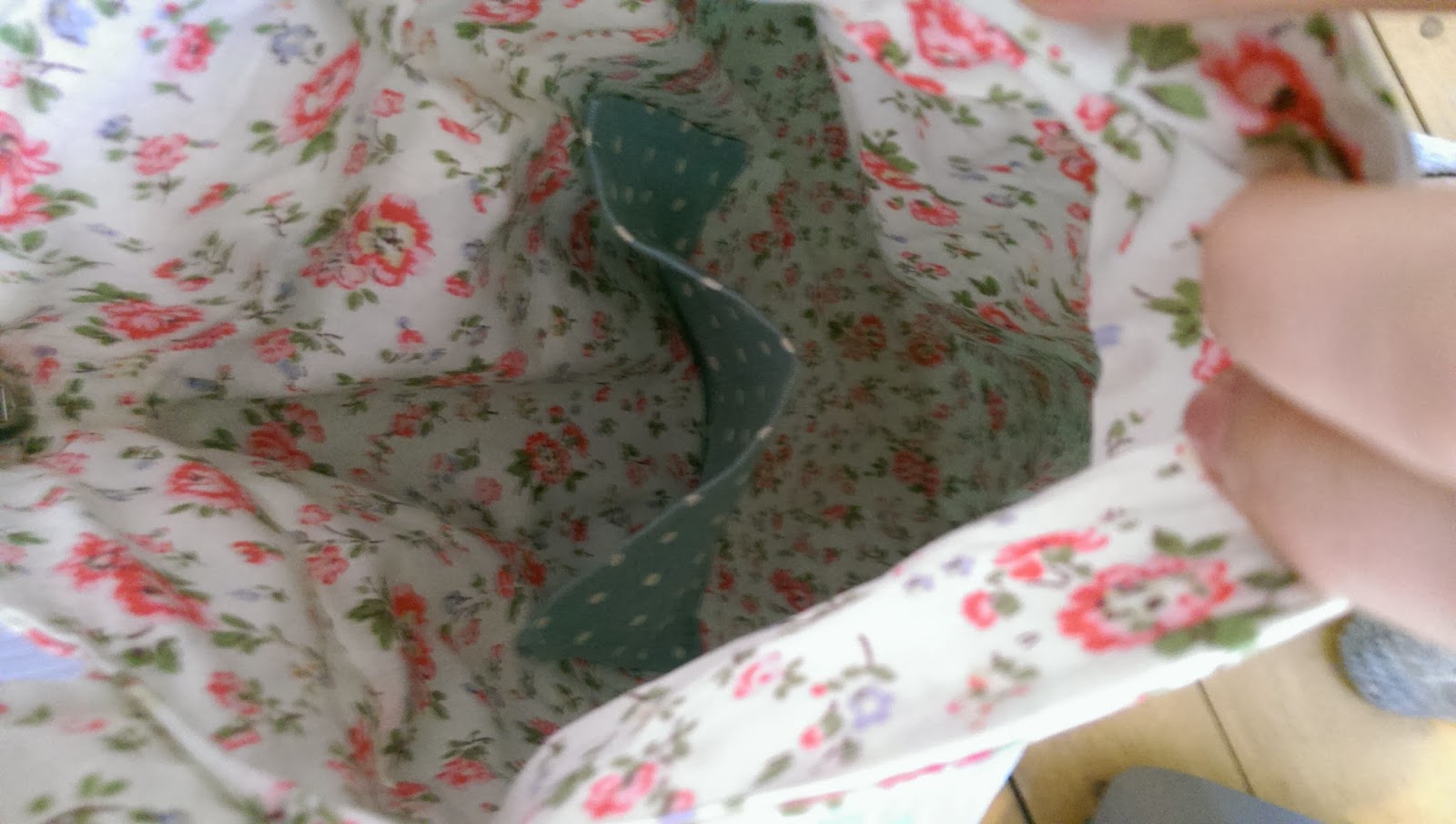 And then, because I had so much fabric left over, I thought I'd try this boxy pouch tutorial that I'd liked the look of. This was pretty fiddly, and involved my first work with a zip which frankly was a bit of a mess. The lining is a little baggy at one point on the inside, and one of my zip tabs didn't line up, but it's functional and doesn't look like a total disaster and was great for learning techniques. I'm definitely planning on making more. 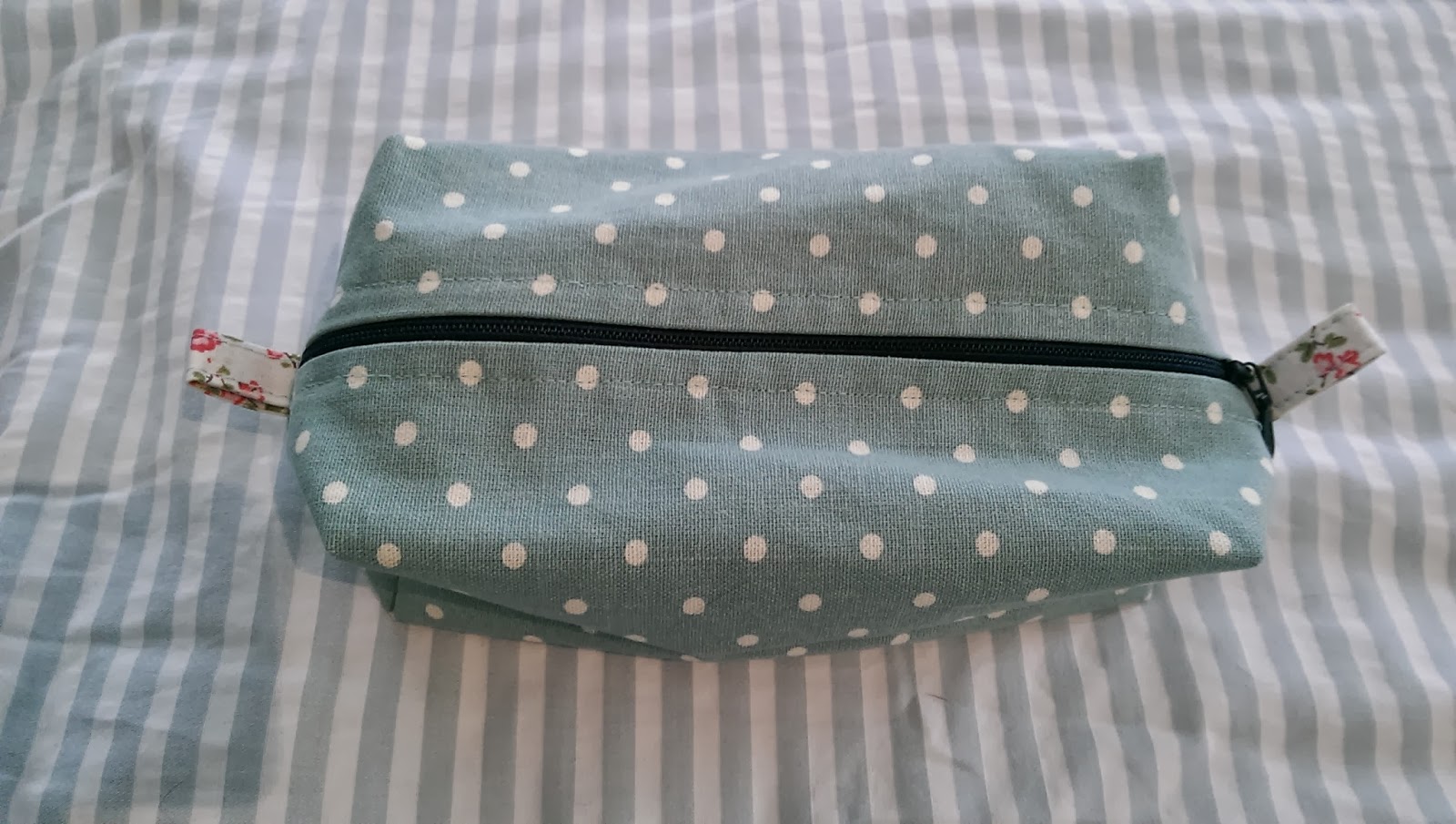 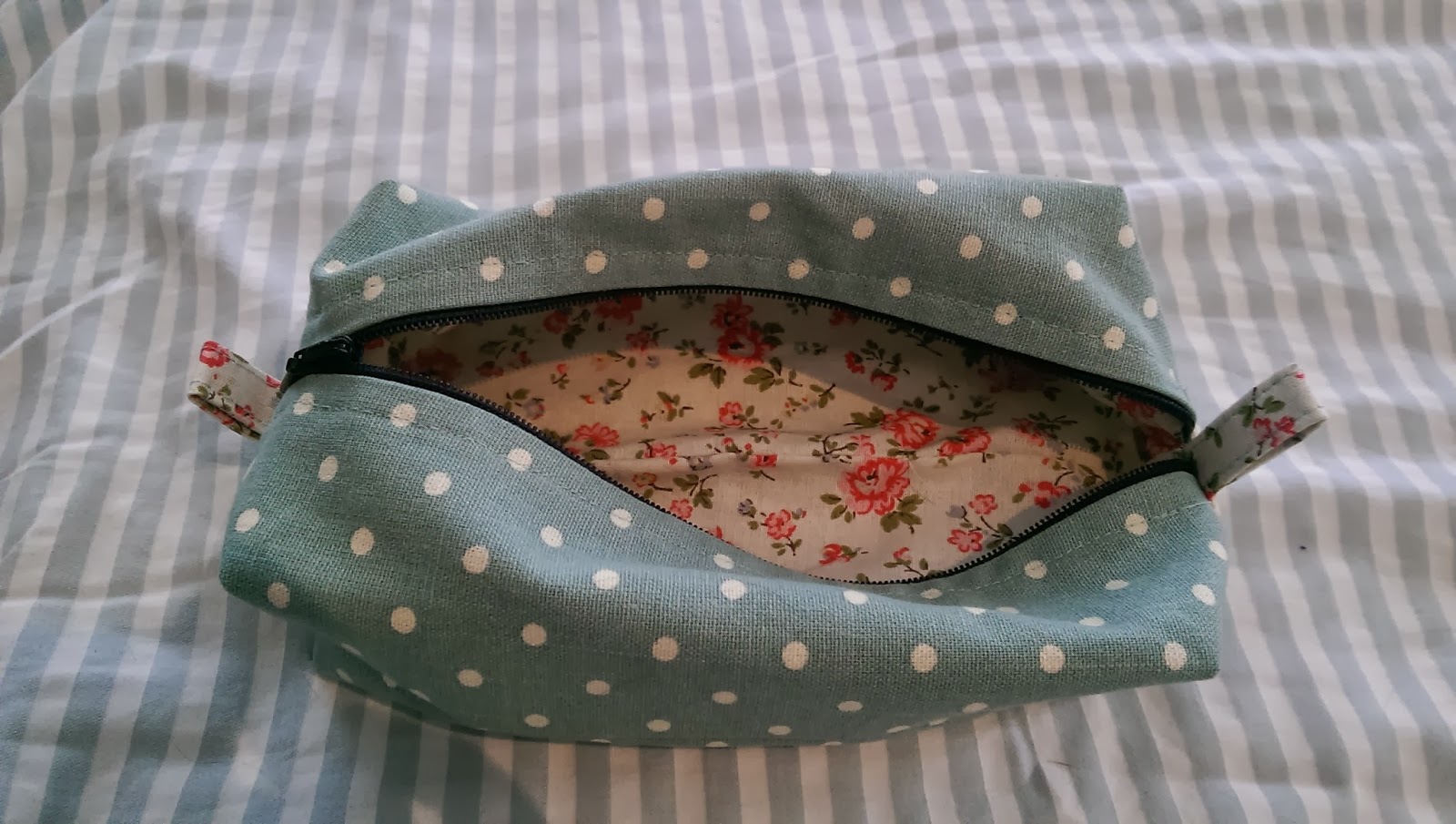 Since this sewing thing is a bit addictive, and even I can turn out something reasonable looking at my first attempt, I decided that I could make a dress. Because hey, they must be easy too? Right?!

Well, actually, kinda right. I spent ages trawling sewing blogs (not such a bad thing) and stumbled upon a little indie sewing label called By Hand London. I love what they're doing, and they have some amazing sewalongs for their patterns on their blog. And their patterns are quite beginner friendly anyway. So I bought their Anna Dress pattern. And a double bed sheet from Primark. And set about making a toile/muslin/first ever attempt at dealing with a pattern. I traced, pinned, cut, sewed and then put on my first bodice. And then I made adjustments. Me! Adjusting a pattern to fit me using their invaluable guides in the sewalong, and somewhat winging it when adjusting the neckline and adding some width at the side seams meant I had a bodice pattern tailored entirely to me. So I sewed up and attached the skirt (and my seams nearly all matched up - surprise bonus!), and here it is, my first 'dress'. 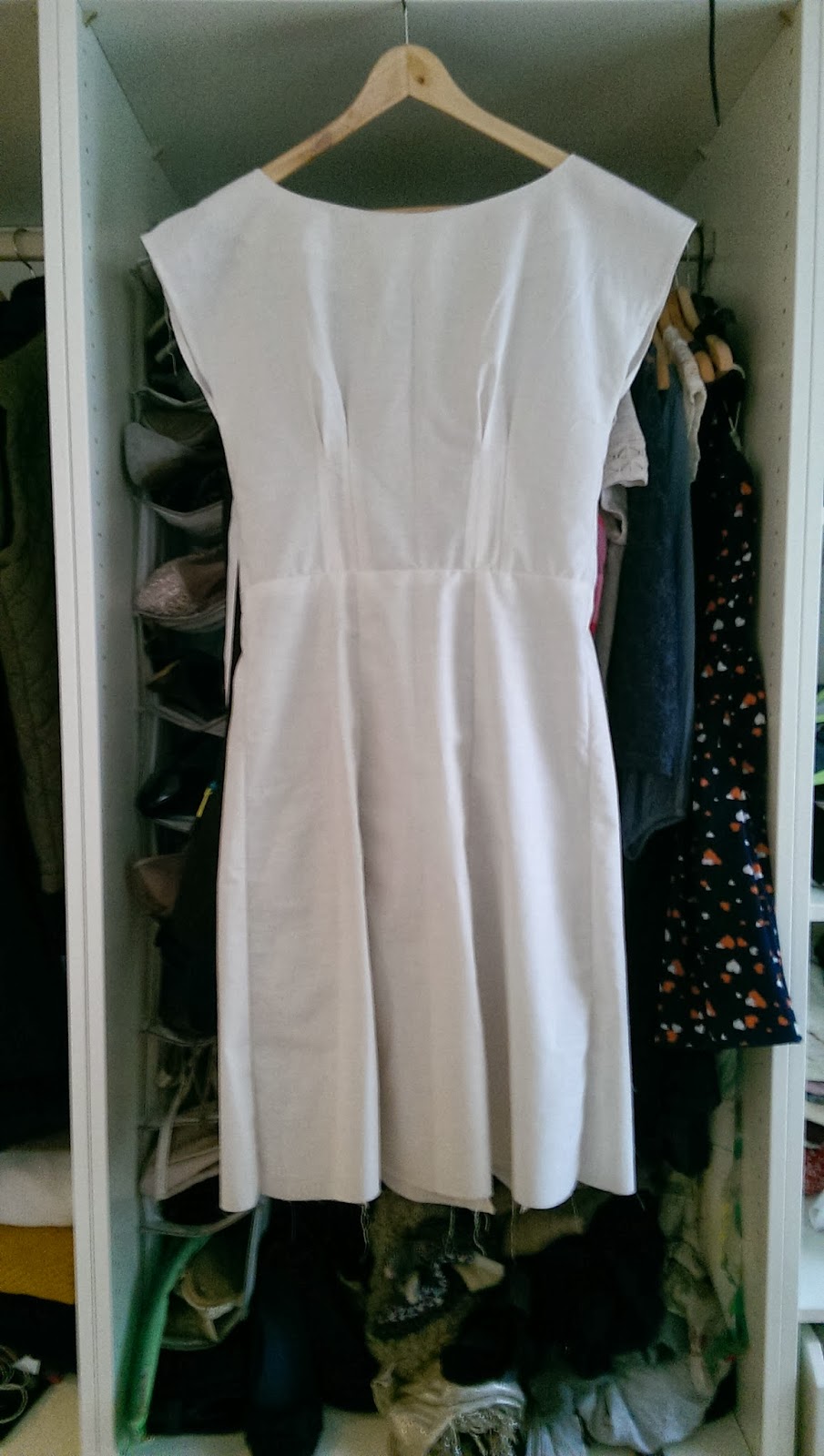 It doesn't have a zip and therefore doesn't do up properly, but I added some hook and eye fastenings for the purpose of putting it on and showing it off to the lovely boyfriend. The proper (? fashion) fabric has been ordered, but is taking forever to arrive. It's been an impatient week already. I bought a ticket to the Knitting and Stitching Show in Olympia later this week, so may end up buying more fabric then if it hasn't turned up at that point. Could be an expensive Thursday this week...