So, I've finished week 5 of my marathon training programme. Sort of. It suddenly got very mile heavy, and I decided things would go very wrong if I tried to stick to it religiously. When I say 'I', what I really mean is 'my lovely boyfriend made it clear to me'. Personally I felt torn between wanting to follow a programme because 1) I'm new to this and don't really know what to do otherwise and 2) I really want to run well on Race Day. But since the lovely boyfriend HAS done it all before and did indeed run well on his Race Days, I listened to him about listening to my legs.

I was supposed to run 5 times this week, distances of 6.5, 8, 10, 11 and 14km. I've never run more than 3 times a week and definitely not such consistently high distances. With my knees already starting to hurt a little climbing stairs at the start of the week, it seemed far more sensible to listen to my legs rather than the training programme, and to schedule in a couple more rest days than the single one suggested. I'm told recovery is important to allow muscles to repair and adapt to training, lack of it would leave me burning out. I'm terrified of picking up an injury and not being able to run on Race Day, and not recovering enough seems like such a silly way to injury yourself that I  don't want to risk it. I'd much rather train enough to run happily on race day than try and train too much and not be able to run at all. The legs really are in charge. So I ran 4 times this week, nicely spread out, with a Nike workout to round off the week.

While the legs might have ultimate say, they still need something to tell them to get moving. Which brings me to mental willpower. Sometimes it's just easier to get the brain on board. I did my 'long slow run' this week on a day off, basking in the mid-morning spring sunshine as I pootled along by the river. It was glorious and I loved it and felt that running was amazing and why would I ever not want to run. 2 days later I ran home from uni on a cold and rainy Friday evening, along a more urban section of the river. I very much just had to shut my brain out and get on with it then.

So, my enlightened state after 5 weeks training - if the legs say they're good to run, then it's time to run. The motivation has to be found from somewhere. If the legs aren't good to run, have a rest and bottle that motivation for next time. When it might be raining... 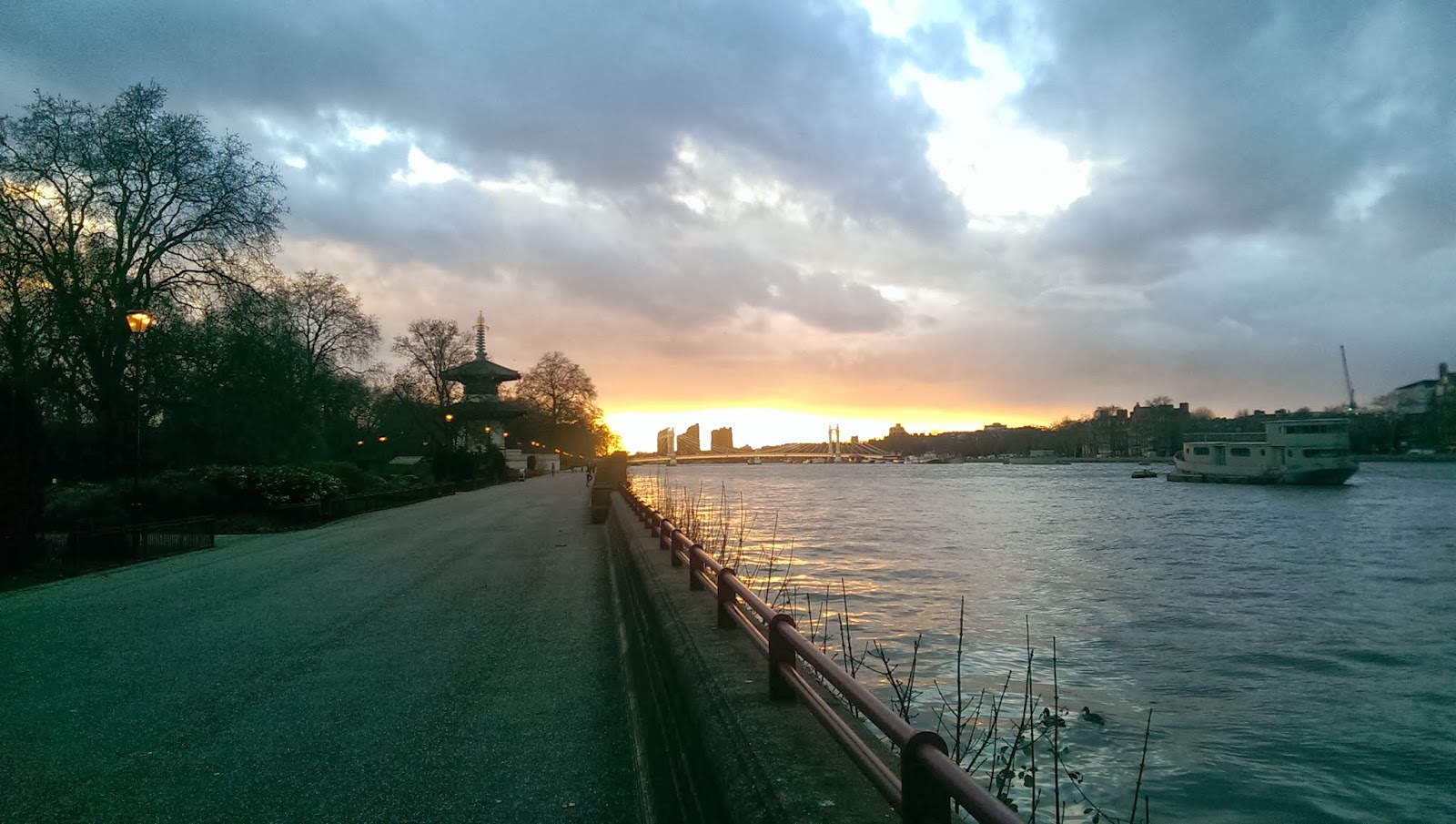 A decent view always helps, and I enjoyed literally running into the sunset.