It's actually been resembling summer here in London, most days anyway. I've not been able to sew as much as I want (I have SO many ideas!) due to uni work, but have still managed a bit.

What I have made has ended up being vaguely childhood throwback themed. First up, a friendship bracelet. I used to make these when I was little, and even set up a little card board 'stall' and tried to sell them to the uninterested members of my family. With a pattern refresher from here, I made up this little summer themed beauty; 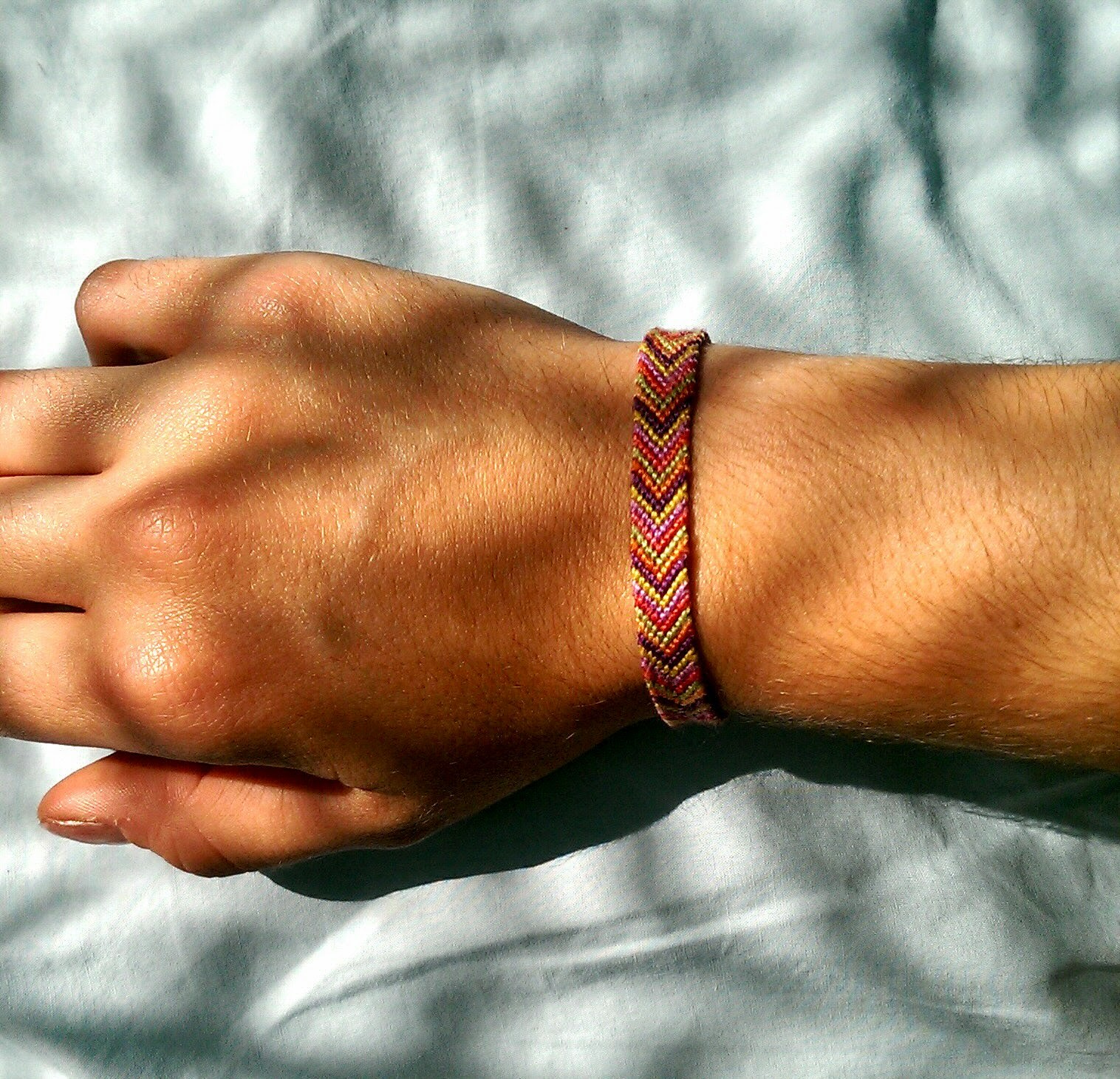 I hacked apart an old necklace I didn't like and used the findings to make this a grown-up bracelet that I could take off for showers. 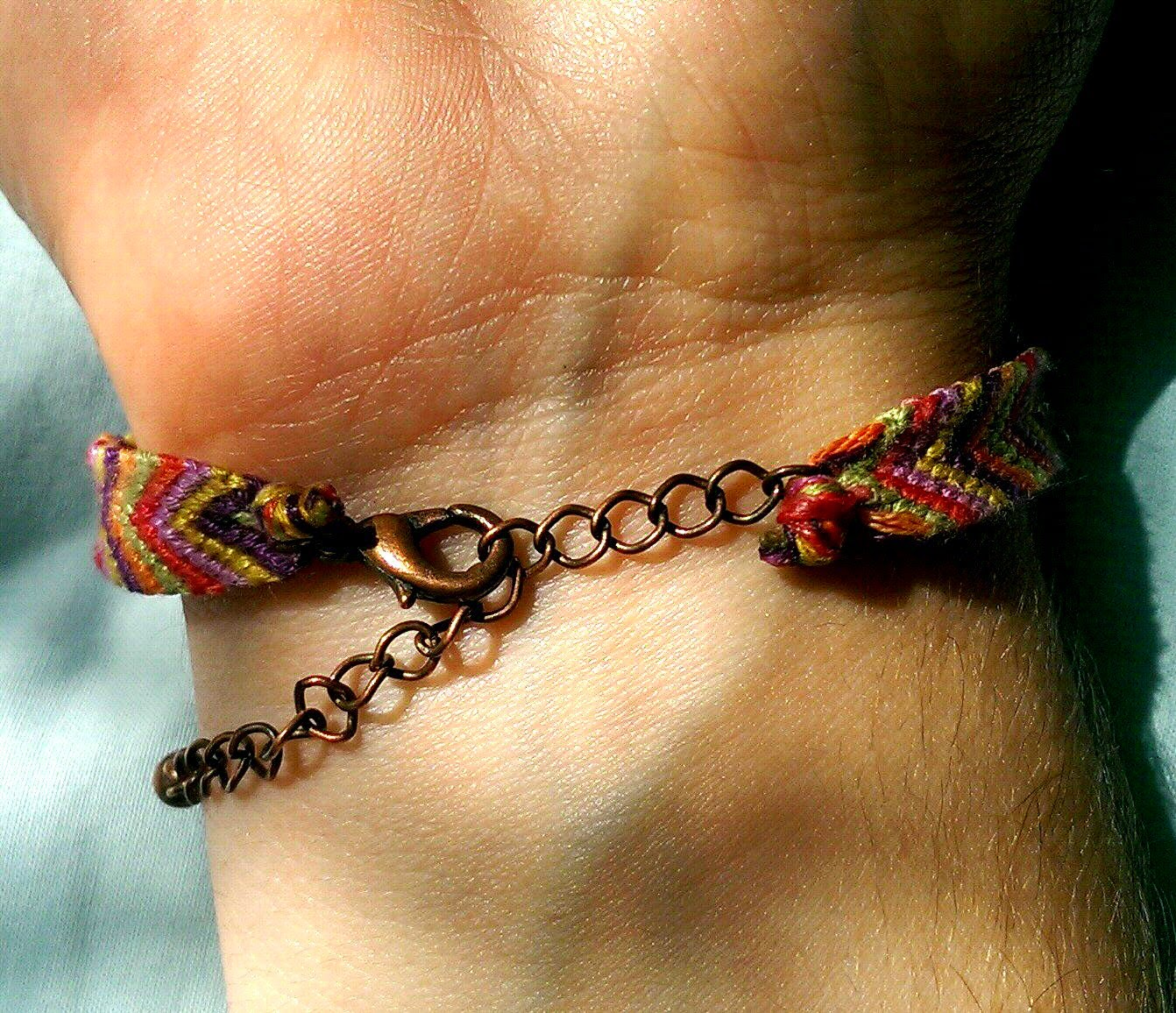 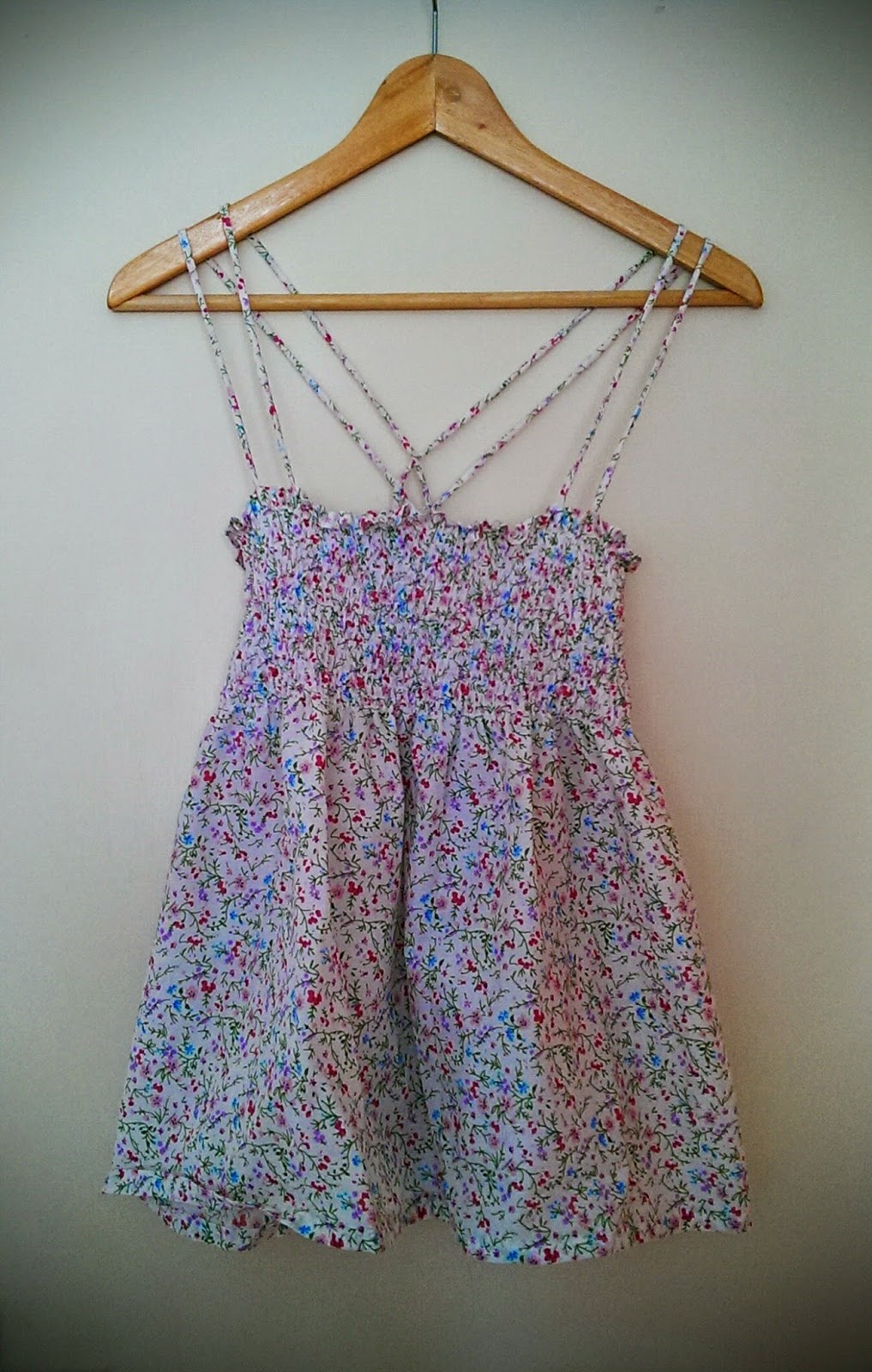 Turns out shirring is awesome. Takes ages, but is awesome. I made some rouleau straps using their tutorial, and then totally plagiarised the awesome crossover style this girl came up with. 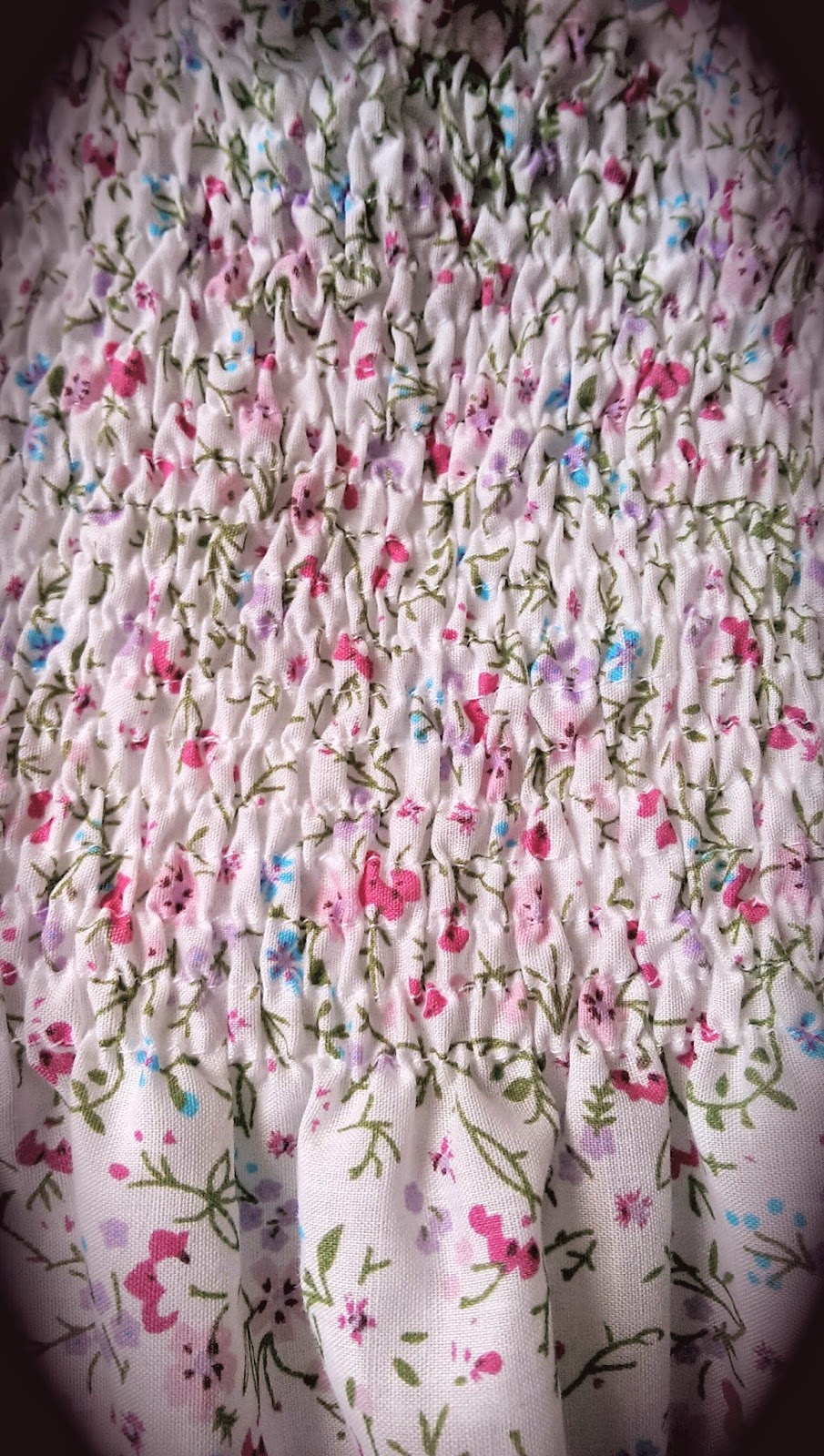 I also made another Sorbetto. I bought some pretty looking fabric in the John Lewis sale, thinking it was polyester, and left it till the evening before my sisters' birthday dinner to make. Then I looked at the label and it said 'viscose'. I did a lot of frantic internet research and decided that yes, I should pre-wash it. So i gave it a little slosh about in some cool water and then hung it out to dry. Googled how long it would take to dry (ages) - and then went at it with a cool iron. Finally set about using my redrafted pattern and made the most perfect top that night. I used bias binding for the neckline and armholes, but as facings rather than exposed. It was utterly perfect. Light, drapey, perfectly fitted, just beautiful. It got lots of admiring comments from the family. Then I washed it, with the nice new hand wash I'd bought. And it came out grey and shrunk. 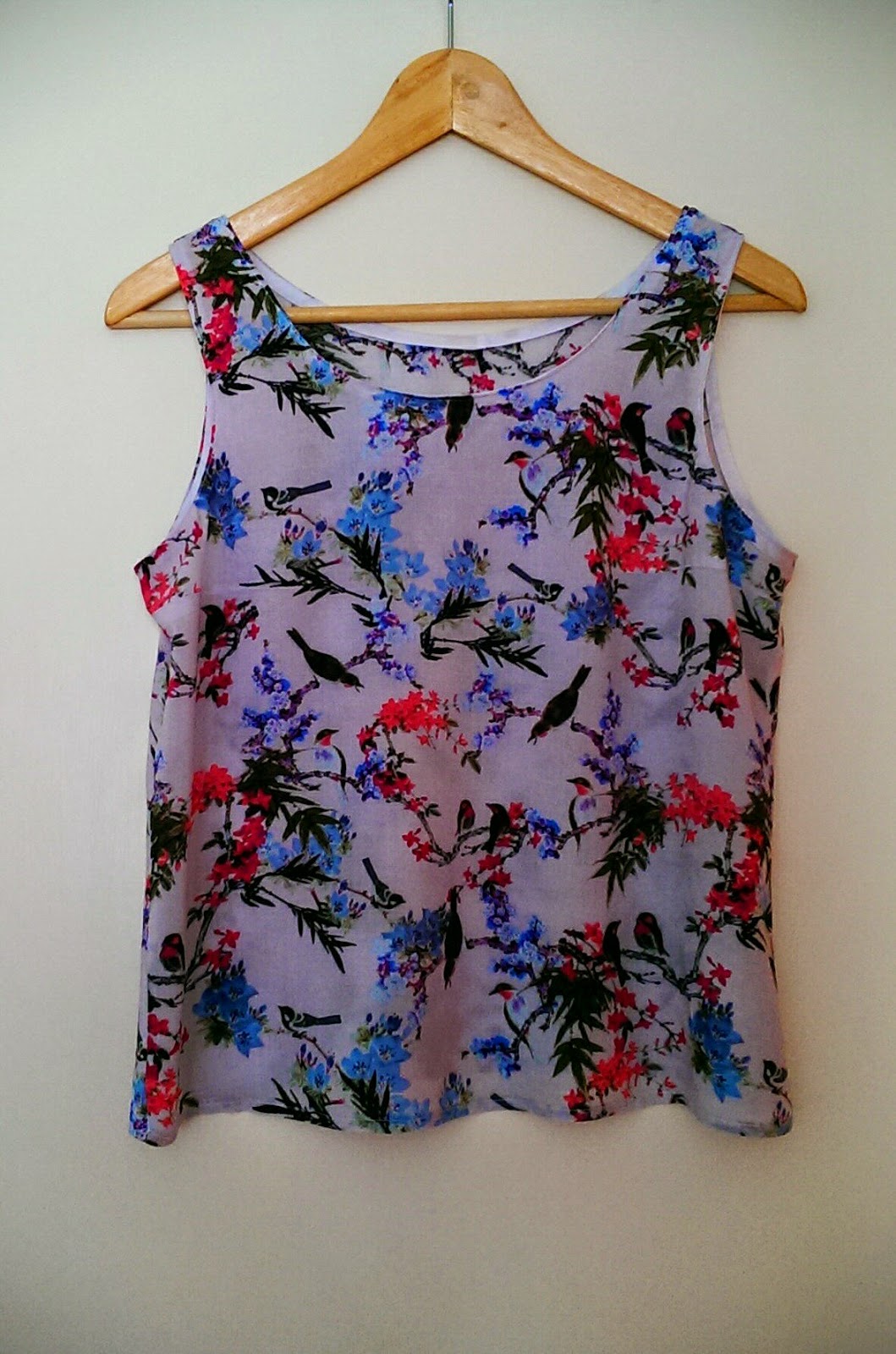 It's actually not too small after a good press. I still love it.

With my darling friend's wedding looming large, I'll have a couple of finishes (hopefully!) to show you soon, including - gasp - some knitting.

As for running, plenty of news on that imminently.