Halloween and a finished scarf

It's been a surprisingly busy few weeks since finishing uni. There's been a LOT of running (*ahem, marathon*), lots of sewing and recently, a lot of knitting.

It was Halloween a few days ago - not that anyone told the weather that it was the end of October. 24 degrees no less! The boyfriend and I had made the mistake of going to the Tower of London to see the poppies, unfortunately several thousand other people had had the same idea. We gave up as soon as we saw the queues and just came home. To add to the disappointment our supermarket had sold out of pumpkins. My first pumpkin-less halloween.

So I made some paper ones, using this tutorial. I've never seen leaves on pumpkins, so just went with the wire twist. They looked surprisingly cute. 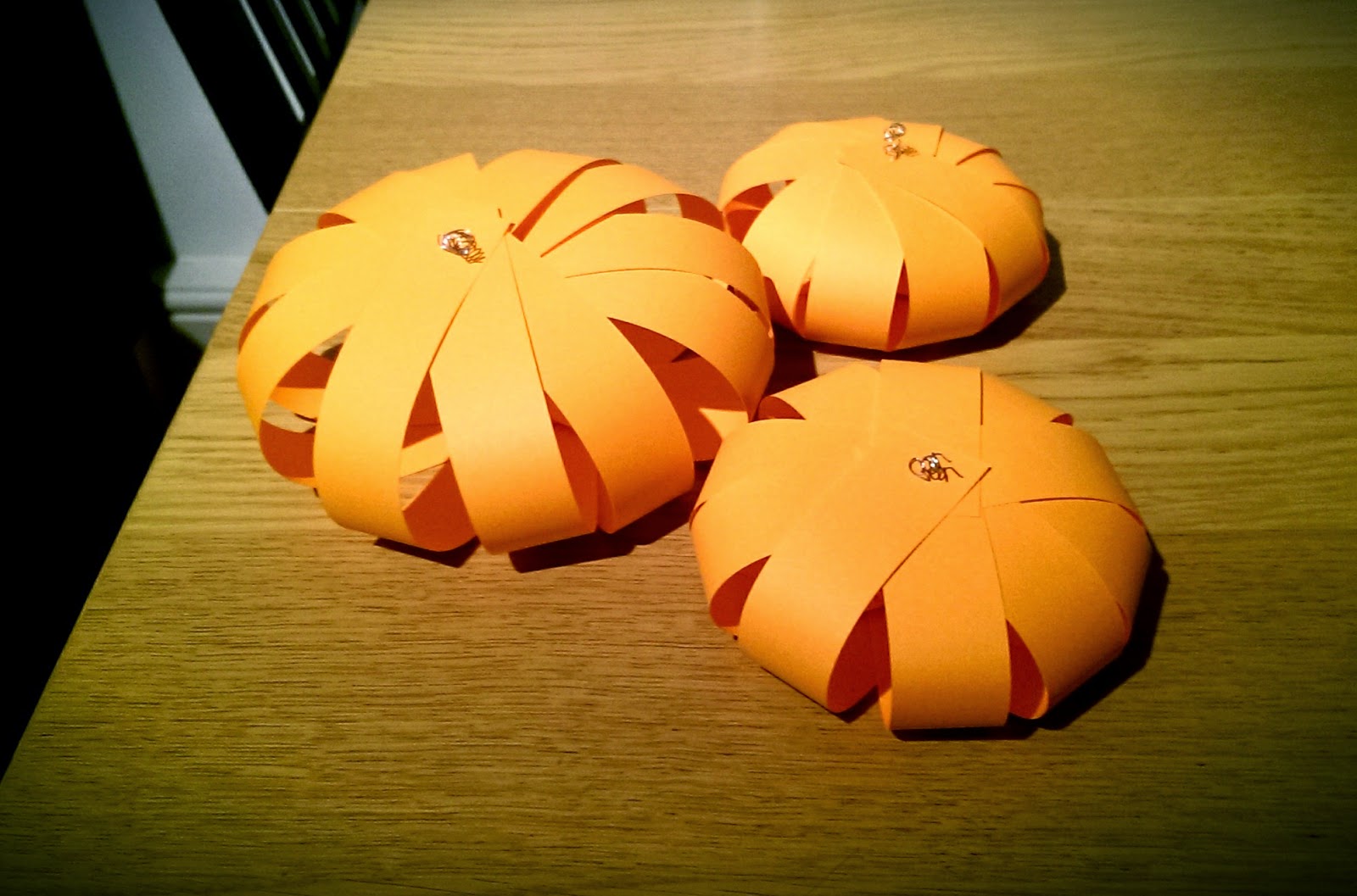 I also made a ghostly garland with some fabric scraps and newspaper for stuffing, and loved the shadows it cast on the wall! 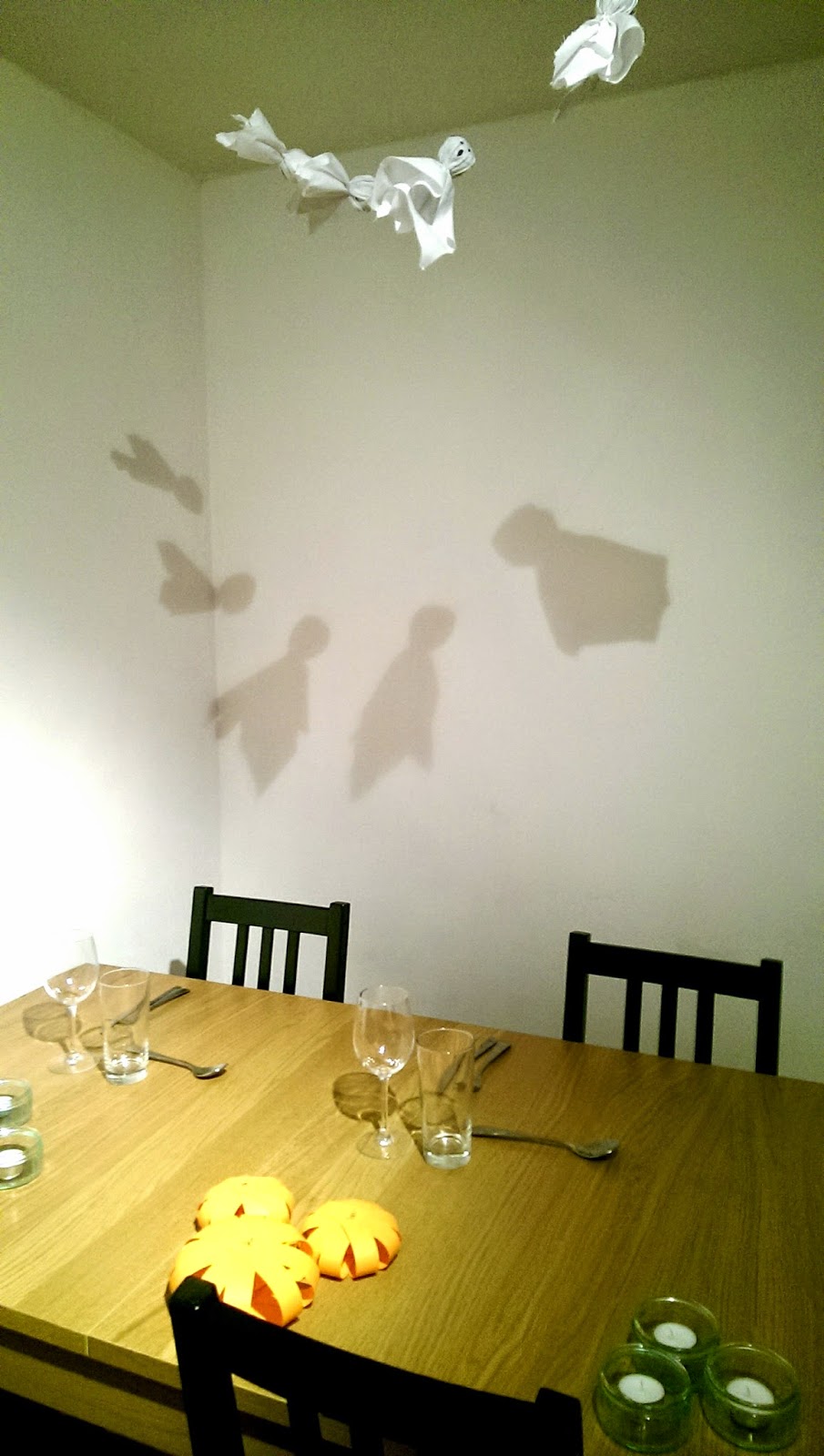 The weather has since got the message that it's autumn and so I was particularly pleased to get this scarf of the needles. 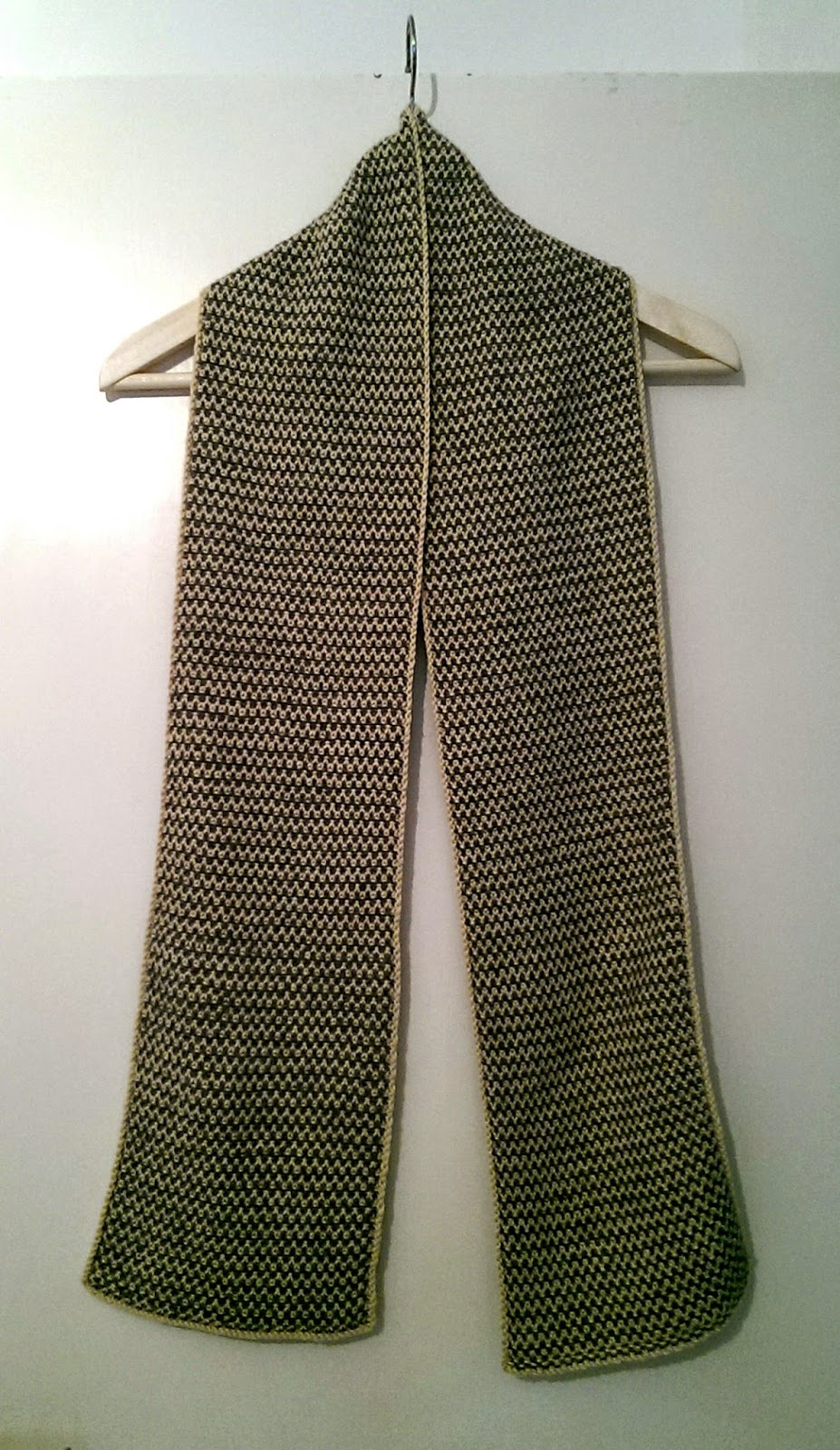 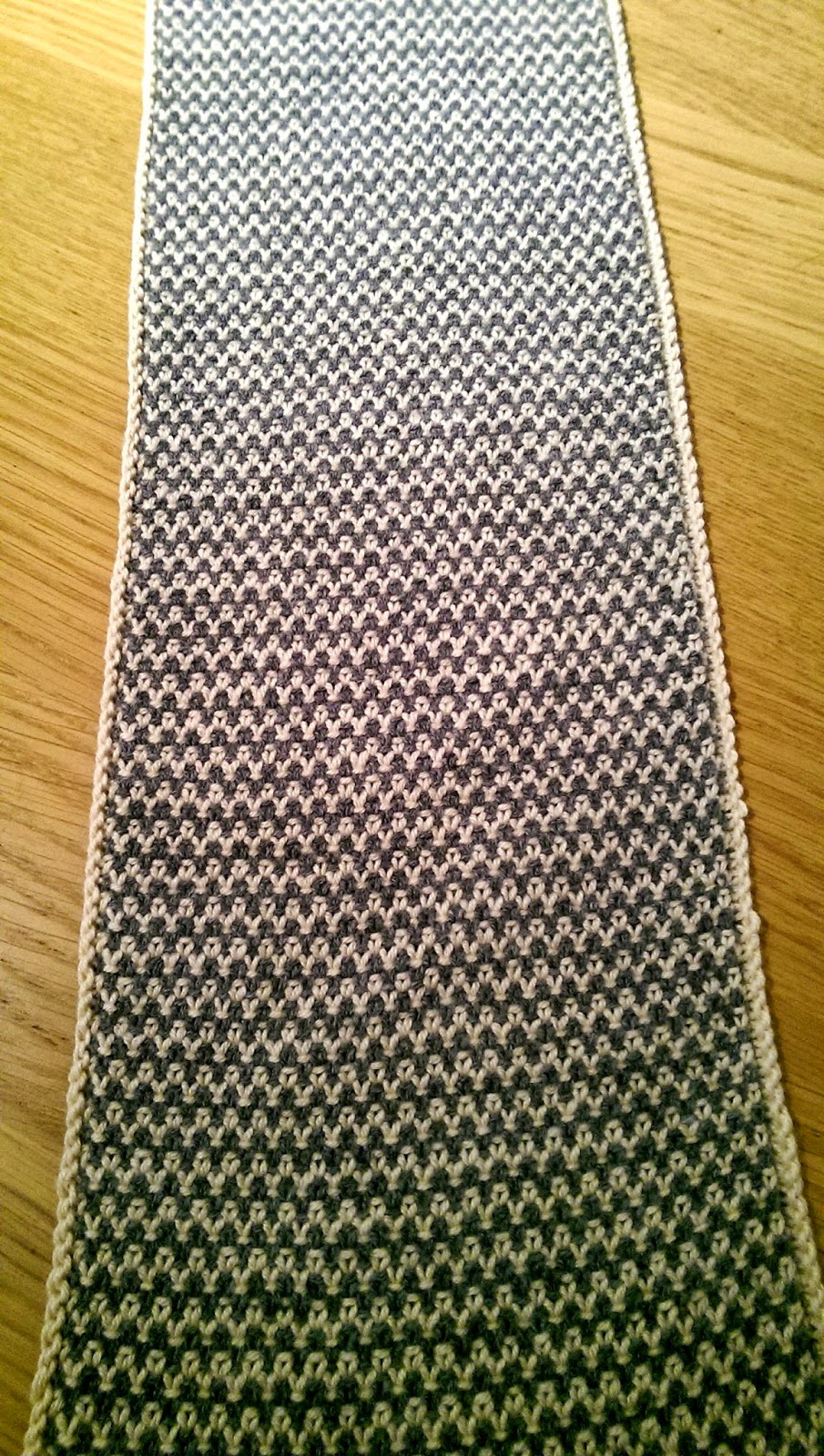 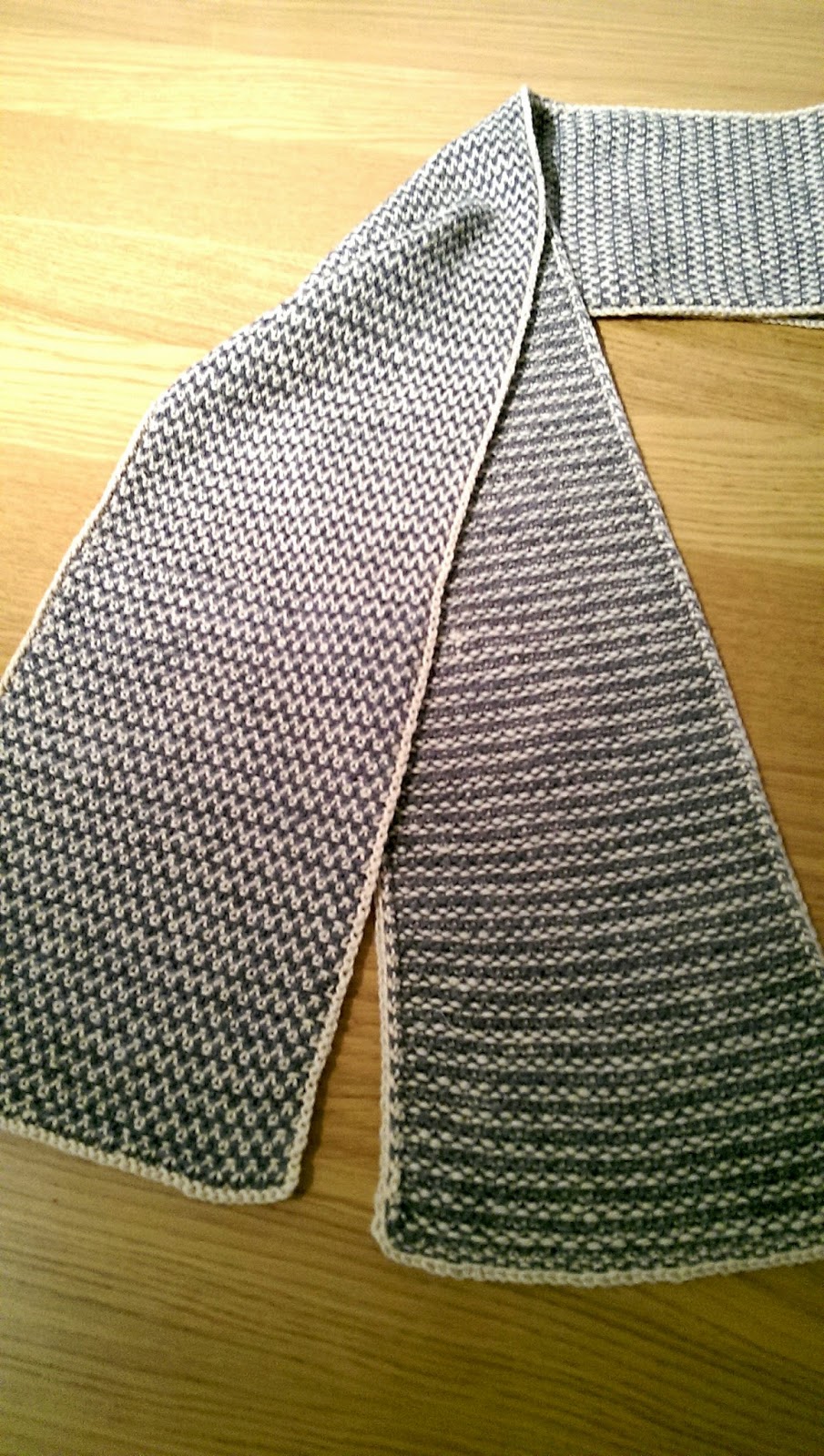 It would be a great pattern for an adventurous beginner, as although it looks rather complicated the actual stitch pattern itself is very simple. Straightforward knitting and purling, and slipped stitches. I must warn you though, it's very boring. And using the 4ply it goes verrry slowly. I was quite fed up of it by the end. But it's entirely worth it - the scarf looks incredible and feels gorgeously soft and drapey. It's quite unlike any fabric I've knitted before, really lovely. The edging was a really nice touch and makes it look well finished. It would be good picking up stitches practice, and again while a bit mindless is worth it.

I can get back to my never ending Craft jumper now!
Posted by knitandrun at 11:06

Email ThisBlogThis!Share to TwitterShare to FacebookShare to Pinterest
Labels: knitting